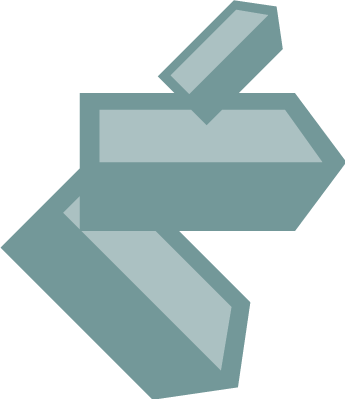 Rebots Roundup #5 has arrived and ready to rock! It’s a long one, so some scrolling might be necessary. In this episode, we’ll expand a bit from the previous episodes second part, which was about reworking the controls and basic interactions of Rebots.

As mentioned previously, the main goal of this rework was to create a consistent and feel-good control scheme on both controller and mouse & keyboard, as well as rethink how interactions in the game happen from the ground up.

The first big part of the rework was separating general interactions from interactions with our logistics tool. Before the change, all interaction (talking to aliens, moving rebots, connecting rebots, pressing buttons) happened on the same button (left mouse click).

This was problematic, because we have 2 basic kind of entitites that players interact with: interactables and commandables/scannables. Interactables [E] / Square (Playstation) / X (Xbox) are entities such as aliens or the buttons on the spaceship or the mechanic’s belly. Commandables on the other hand are all the rebots that the player can move or connect with one another, while scannables are basically everything else in the world (resources, critters, flora, etc) that the scanner tool can scan.

Therefore a logical separation between these 2 large groups was needed.

This leads me to the second large part of the rework, which is related to how we create, cancel and delete connections between rebots. Creating loops between various supervisors is a core gameplay element in Rebots, so it was really important that it would be consistent.

We now create, cancel and delete connections with the logistics tool and we now have both a primary (left mouse button/right trigger) and a secondary (right mouse button/right shoulder) action for the tool. Cancelling as an interaction has been remapped to Escape/Circle/B.

The different primary, secondary and cancelling actions are context sensitive. For instance the primary action with the logistics tool puts the supervisors into “move-to” mode if the body is clicked, while it puts the supervisors into “connect-to” mode if the head is clicked. Additionally, the different actions happen on release rather than on click, making the experience smoother and more consistent.

In addition to these core changes we have also implemented and improved:

We are currently testing these things internally and integrating these changes with the tutorial work that has been ongoing in parallel.

Hope you found this an engaging deep-dive into our controls rework!